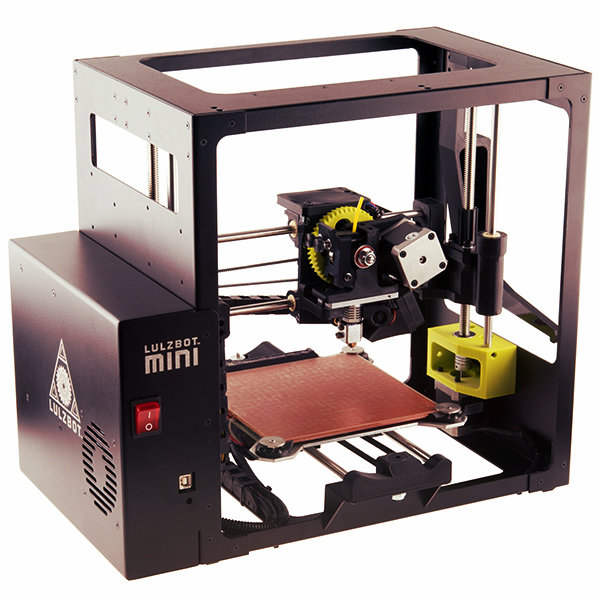 When the typewriter was introduced in 1868, it was to people what virtual reality is to us now. It was something people had never seen before, a new idea that added value and made things a little more perfect. The typewriter created perfect typography, but one mistake meant the paper had to be re-written. The same is true today as more and more people learn how to use 3D printing and rapid prototyping. One over-looked mistake in the design of a piece can be fatal to a budget or to the project itself. For that reason, in this article we will discuss the implications and differences between open-source low-cost 3D printers, and commercial rapid prototyping machines.

Open-Source is the term given to software that is free to use and be edited by people other than the creator. This made a shift in the way that creators and 3D enthusiasts create objects. Imagine if the software was not open-sourced, what would happen? People would have to create and design their own 3D objects from scratch which would have made the industry grow at a much slower pace. By making it an open-source concept, people can simply look for designs they like on websites like TurboSquid and download them to print on their 3D printers.

The difference between these low-cost open-source models is that they’re often free and not protected by patents or trademarks. This is one of the major differences between commercial RP machines and low-cost 3D printers.

We gave you an example of an open-source website where people can simply download the designs they want, and they can further edit it to fit their individual styles. When using rapid prototyping machines or companies that will do it for you, the designs and processes are not open-sourced and so one must abide by their rules and regulations. Because of this same reason, using rapid prototyping will cost a lot more.

Low-Cost 3D Printers: Here’s another resource if you are looking to purchase a low-cost 3D printer. It is TechRadar’s list of the best 3D printers to use in 2018. Prices range from $206 to $4,000 and can be found anywhere on Amazon, e-bay or directly from the 3D company’s site.

Commercial RP Machines: On that note, low-cost 3D printers will cost no more than $4,000, but commercial RP and 3D printing machines start at around $6,000 and can go up to $750,000 depending on the size they can render, what materials they use, and the precision of the final product.

We have summarized the differences between low-cost open-source 3D printers, and commercial rapid production machines. We provided resources to websites like TurboSquid, an open-source 3D printing object design company dedicating to sharing 3D designs with the world. We have also shared places where you can purchase low-cost 3D printers that start at $200 and go up to $4,000 with an emphasis and contrast to commercial rapid production machines which start at $6,000 and can go up to $750,000.